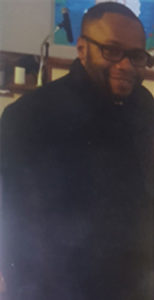 Youth Pastor
youthpastorsbnlgc@gmail.com
Deacon Andrew Williams was born on July 16, 1987, to his mother and father Cecelia and Everette Williams.  He is married to Evangelist DeKisha Williams and father to Brooklynn Williams.  Deacon Williams was raised in the church, but it wasn't until he was 15 years old that he had his first personal experience with God.  But even after a personal touch from God, Deacon Williams still fell short and went his own way during his youth and mid 20s.  Though back sliding, he always knew that Jesus is real and decided to join Bethesda New Life Gospel Church under the leadership of Senior Pastor Jesse L. Richardson, Jr.  After joining Bethesda, Deacon Williams was blessed with the opportunity to serve as a Trustee and was ordained as a Deacon April 18, 2015.  He was later called by God on June 25, 2017 and ordained November 26, 2017, to serve as Youth Pastor along with his wife Evangelist DeKisha Williams.